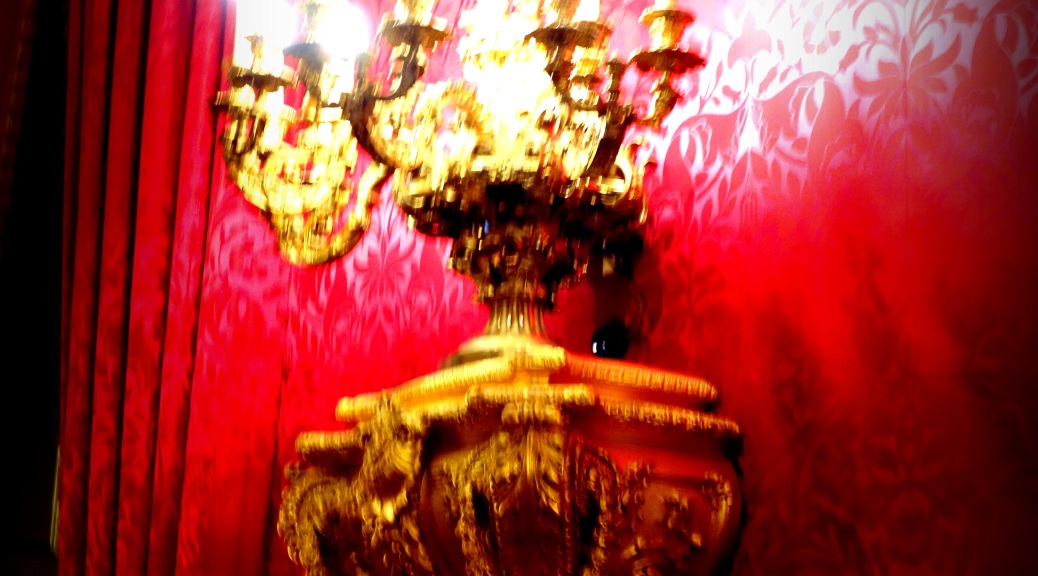 Over the last two years I have been working with a small number of start-ups. These are mostly digital and cloud-based, although one is bringing innovation to large-scale consumer goods, and has built an impressive robotic production line near Cambridge. As a result, I have begun to build a classic entrepreneur’s network.

So, a few weeks ago I received an invitation to an event called Pitch@Palace, which is exactly what its name suggests – a start-up demo-day style event that was to be held at St James Palace on November 5th (a day that traditionally – and in this case ironically – marks the Gunpowder plot of 1605 where Guy Fawkes and other conspirators attempted to blow-up the House of Lords).

Pitch@Palace is led and sponsored by the Duke of York who introduces the program on its website with:

“British prosperity, in all its forms, is central to my work. I want to recognise and reward the people and organisations working to ensure that we have the workforce, intellectual property and entrepreneurial culture to succeed.”

I wasn’t sure what to expect. The event would be well intentioned I was sure. Worthy. But could it be connected to the technical zeitgeist, relevant, genuinely innovative?

In the end, I was simply impressed. Impressed enough, in fact, to write this little post. The event was a job well done by all those involved.

There is something about being in a proper, full-on Palace, of course. The event was held in the spectacular apartments around the throne room – with great ceilings, fine artwork, chandeliers and gilt mirrors. I managed to take my own selfie a few feet in front of the throne – the use of mobile devices being encouraged throughout the event. Pitch@Palace was very well attended and the palace was crowded and full of energy and the buzz of conversation.

It turned out that the pitch day had been supported by a process that ensured the start-ups on show were very high quality. Forty-one start-ups/entrepreneurs had been selected from a network of fourteen partner organisations – tech accelerators, and University and government sponsored schemes. During October, the Duke of York held a “Pitch@Palace Bootcamp” at Central Working Space, part of a huge accelerator facility in the Mile End Road in the classical East End of London, in partnership with Microsoft Ventures, Wayra and KPMG. A panel of judges selected 15 of the start-ups to present.

The main event was kicked-off by the Duke of York. It was the first time I have seen him speak. He gave an urbane, quietly passionate speech about the program – grounded in a real sense of business reality, and strongly encouraging those in attendance to contribute.  It was an introduction that any top flight CEO would have been proud to have made.

Then came a series of three-minute pitches (supported by additional materials available on the web). What was immensely pleasing was the breadth of innovation and ideas on show. Ideas ranged across digital and physical tech, and across the categories of consumer technology, education, environment, medicine, robotics and gaming.

There isn’t space to describe all of the fine fifteen finalists, but I liked Insignia Technologies with smart labeling to reduce food-waste, Pure Marine who aim to crack the challenges of wave energy, Terra Recovery with a mission to mine existing landfill,  Armourgel with a product that protects the vulnerable against injury, Reach Robotics that makes gaming robots, and Insane Logic that through digital apps makes speech and language therapy easily available and affordable. The winner of the vote at the end of the evening was Squirrel who aim to empower low-income employees through digital  tools to manage and save their money.

There were other strong products in the original long-list of forty-one that had their own booths spread through the Palace. I liked See.Sense that manufacture (in Northern Ireland) an intelligent bike light that shines brighter and flickers faster when an internal accelerometer detects change, and so enhances visibility at key moments.

So, part from a good event, what conclusions can be drawn from the evening?

First point: Pitch@Palace emphasizes the way that business innovation and a culture of entrepreneurship have established themselves in the UK, on a strong foundation of tech innovation. There has been a real change over the last decade. The sector appears much more mature than during the time of the original dot.com frenzy at the turn of the century. There is a way to go – some ideas require larger funding that is commonly available early in the UK, and there needs to be more support for the creation of effective channels for new companies (an ex-colleague of mine has created a fine business that does just that). But, overall, we have developed a culture and infrastructure that can create new forms of growth.

Second point: I was impressed with seeing so much hardware and physical product. And some of this was being manufactured in the UK. The UK is now very strong in media and digital production, but it needs to be stronger across all manufacturing.

Third point: Many of the ideas and products presented – by design of the Pitch@Palace process – had a strong social or environmental edge. They were uniformly good business ideas as well. The evening felt remarkably progressive.

So, last night I saw a mash-up of Royalty, business and bright, new tech innovation. It worked.